← more from
Joy Void
Get fresh music recommendations delivered to your inbox every Friday. 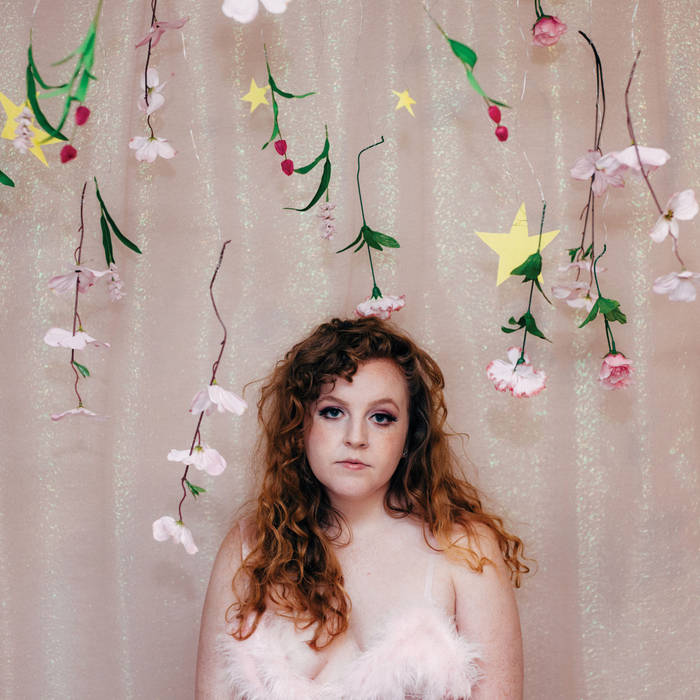 estherrae this whole album is so beautiful and soft <3 Favorite track: mirror.

Ben Harris This is gorgeous, and deeply palpably sad. Don't let the shortness of the songs fool you into thinking this is an album of half-finished thoughts. Each one is a deliciously bittersweet contribution to a box of artfully melancholy chocolates. An impressively composed and substantial record, despite the deceptive lightness of the music. Favorite track: lunar pull.

On first listen, Infinity Crush’s Virtual Heaven is a bit like entering another world. The album’s sonic beauty and the stunning vocals of songwriter Caroline White are transportive: Virtual Heaven can be heightened and surreal, but also intensely down to earth and human; it can be stark and minimal, but also lush and stirring; it can be unabashedly romantic, but also painfully complex; it rarely offers resolution, but it’s incredibly gratifying. The more you explore this new world, the more you realize that White’s words and melodies aren’t just escapism, but instead reflections of life’s beauty, contradiction, hurt, and joy--internal and external moments and feelings that are very real even if we don’t always have the language to fully express them.

The beginnings of Infinity Crush saw White releasing a prolific stream of home recordings as she became a part of a community of like-minded musicians that includes Sam Ray, Alex G, and Elvis Depressedly. This culminated in 2016’s Warmth Equation, a document of her ability to deftly apply the homespun charm of Infinity Crush’s early work to a more fully-realized album format for the first time. After moving from Maryland to North Carolina to study poetry, White found herself alone in a new city for the first time and spent most of her days reading, writing, and working on the music that would become Virtual Heaven. The more isolated she felt, the more potent her interior world became. White explains, “I found myself fantasizing and romanticizing, which is easy to do when you’re by yourself all the time. Every interaction would feel sort of high stakes in a way that was kind of silly and not rational, but I’d also sort of let myself enjoy it.”

This daydream-like blur of fantasy and reality would become a hallmark of Virtual Heaven, and pairs perfectly with White’s fascination with language itself. “I feel really drawn to language that makes you rethink or reframe the words themselves,” she says. “You can know language so well but it can still surprise you and move you. You can think of it as our material existence because it’s how we understand the world, but no matter what you say, you can never get to an exact meaning. That’s a horrible hang-up but there’s also something really beautiful about all that space in between meanings.” That space is where Virtual Heaven came to life.

Infinity Crush often has a rotating cast of collaborators and for Virtual Heaven, White teamed with her close friend Jordan Bleau to record at Minneapolis’ Minnehaha Studios. It was the first time she made a record in a real studio, and despite the exhausting process of flying back and forth and lengthy overnight sessions, she calls it “the most fulfilled I’ve ever felt after making an album. It was pretty emotional for me to have the resources to really create the best thing I could make.” The result is Infinity Crush’s most fleshed out work to date, yet Virtual Heaven still maintains the intimacy of the project’s early recordings. Each song is a self-contained vignette that rarely uses conventional structures or reaches the three minute mark, while always tightly threaded with hyper-specific snapshots, hazy allusions, and rich instrumentation.

“Misbehaving” opens Virtual Heaven with plaintive guitar and White’s gentle voice dancing over many of the album’s recurring motifs: romanticized interactions, conflicted morality, and the little details that at once ground and heighten the surreal elements. “Haze” leans into the excitement of submitting to fantasy, while songs like “Drive Thru,” “Car,” or “Lunar Pull” find White allowing herself to show her sense of humor or indulge in a touch of drama with greater ease. On the title track and “Through The Ashes,” she touches on some of the unexpectedly apocalyptic imagery on Virtual Heaven. “I didn’t even realize I was doing it but I think those themes are going to seep in for most people making music right now. Just genuine existential dread for a lot of what this generation is told we’re going to experience.”

Throughout Virtual Heaven, White weaves her guitar and voice through shimmering keyboards, distant drums, and harmonies with Bleau, which all work to envelope the listener in the album’s otherworldly atmosphere. The dreamlike music and lyrics are so inextricable and absorbing that album-closer “Prophet” inadvertently acts as a gut-wrenching reality-check. “It might be the most ‘realistic’ song on the record,” White says. “The end is just being vulnerable, and how even after all the fantasies you’re still going to have to come back to reality and deal with what’s happening. Everything isn’t perfect.” This is the power of Virtual Heaven: it’s not another world and it doesn’t have easy answers, but it’s life and all of the beauty and heartache that comes with it.

Bandcamp Daily  your guide to the world of Bandcamp